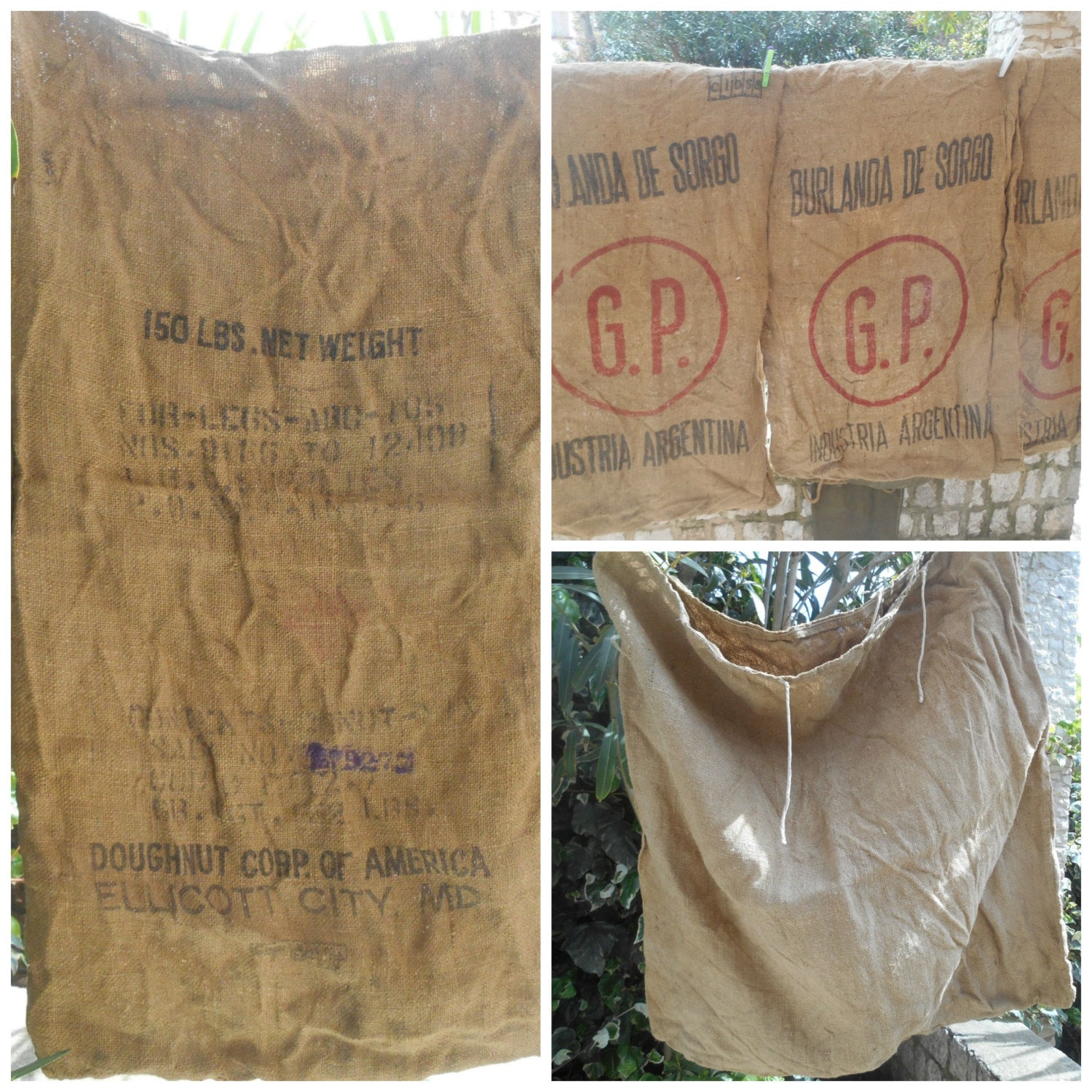 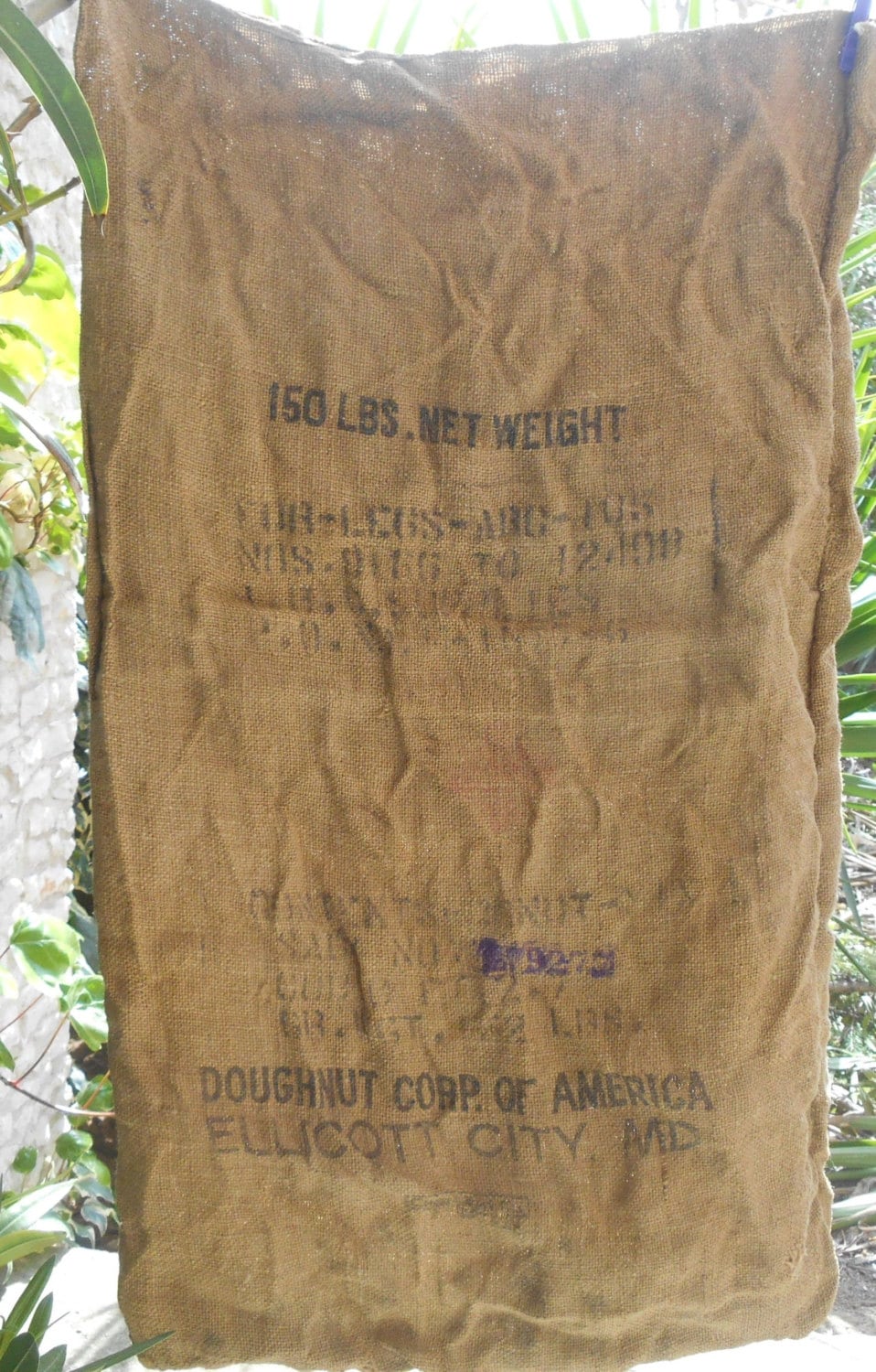 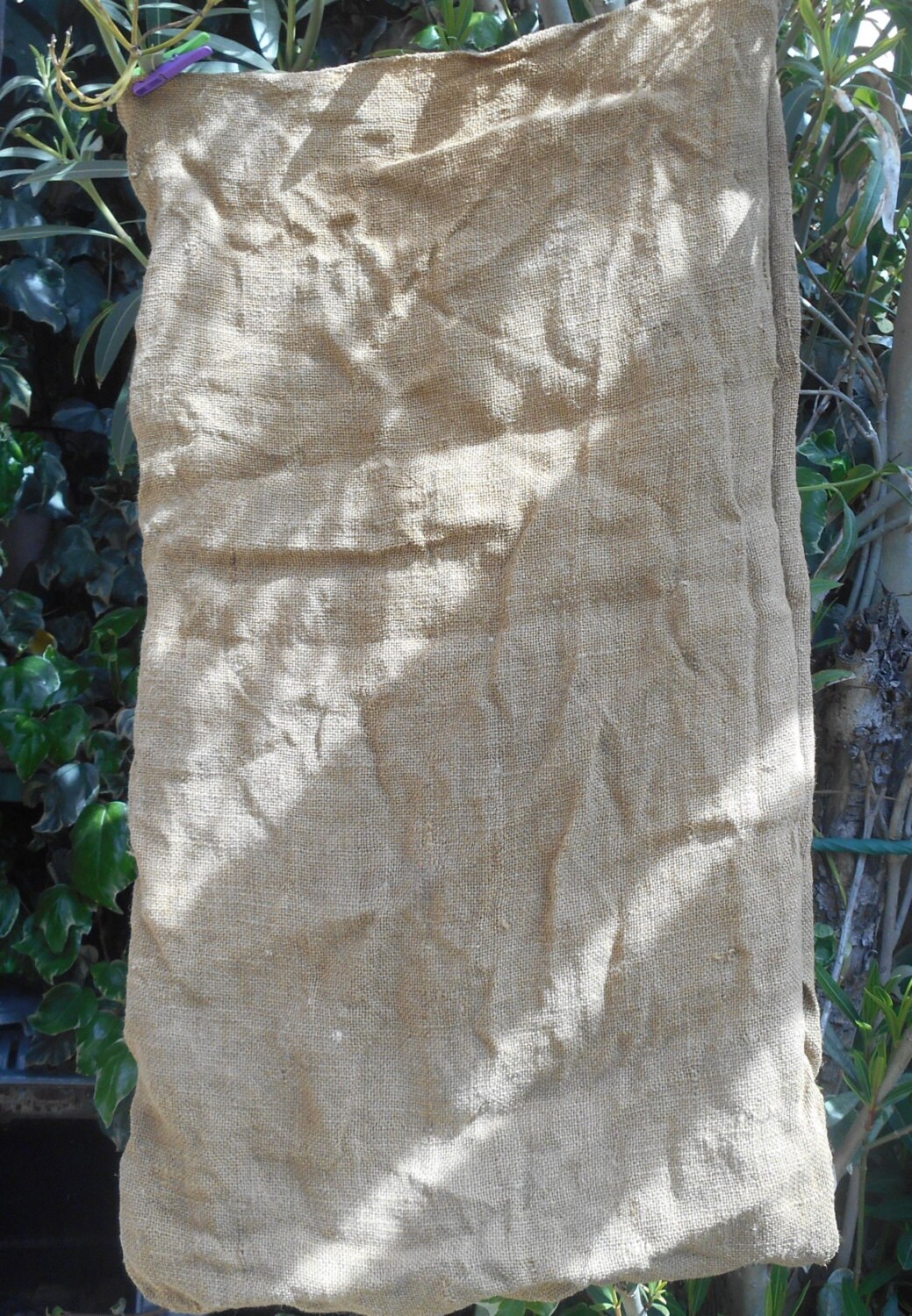 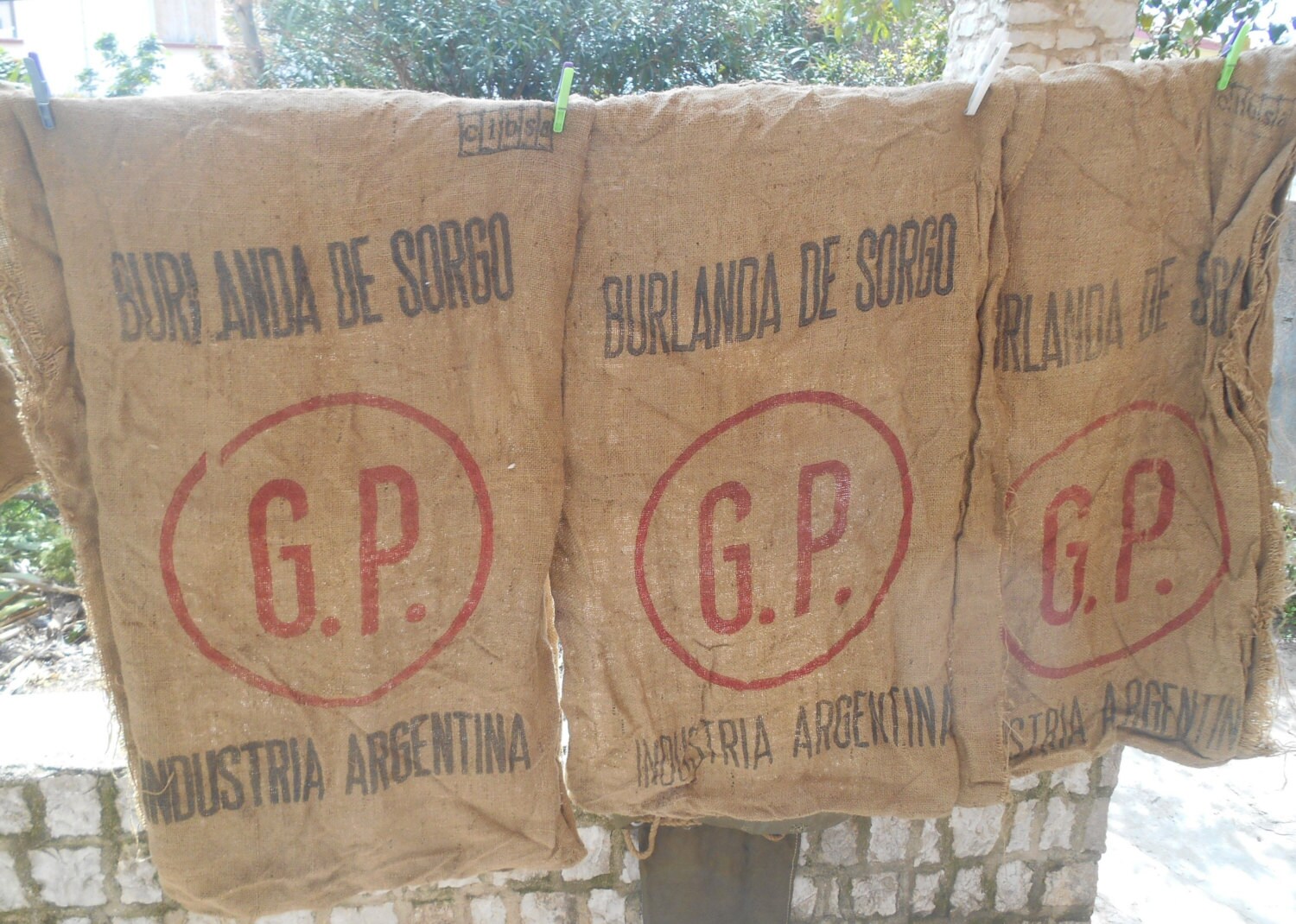 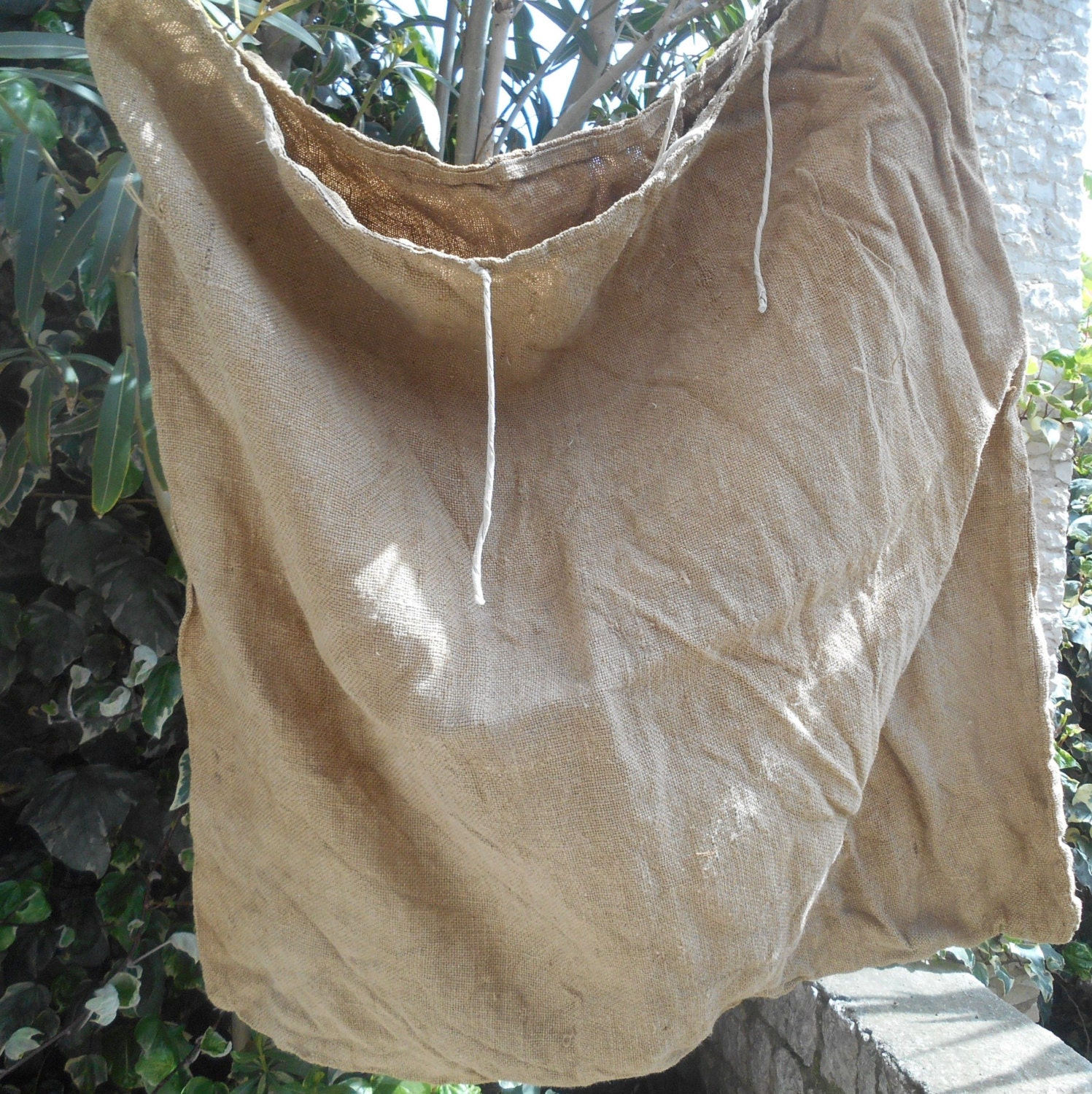 Free shipping- 1 week delivery to the US.

"Steinberg is writing a book about doughnuts and her family. By SALLY L. STEINBERG

IT'S true that I am not loyal to baseball, hot dogs, Cokes and pretzels. ''So how could you be American?'' my family asks teasingly, accusing me of un-American tastes. In defense I insist that while I may not be an eater of franks in bleachers, when it comes to food my heritage entitles me to a place in American history, for my paternal grandfather invented the doughnut machine.

He made doughnuts America's snack, part of office breaks for coffee and doughnuts, of Halloween parties with doughnuts on strings, of doughnut-laden political rallies. Doughnuts are basic American equipment, like sneakers. A book of curious facts says on page 2: ''The average American eats two doughnuts a day.''

My grandfather, Adolph Levitt, told us that in 1847 an American sea captain invented the doughnut with a hole by affixing his cake onto a spoke handle of the ship's wheel during a storm. Pleased with his convenient creation, he ordered more cakes with holes.

During the latter half of the 19th century, homemade doughnuts - also known as crullers or friedcakes - grew in popularity until they became a feature of most American households. During World War I two Salvation Army women decided to make doughnuts for the soldiers. The ones they fried at the front were a phenomenal success, and when the war ended the soldiers still wanted doughnuts. In the 1920's the magazine House Beautiful spoke of ''the epitome of domestic bliss and family welfare, frying doughnuts.''

At that time there were no boxes with plastic windows and the inscription ''Reg. Penna. Dept. Agr.'' Few bakeries made doughnuts. It was my grandfather who saw to it that Americans got what he was sure they needed.

At age 8, in 1883, he came to the United States with his family from Russia and settled in Milwaukee. His father died a year later, leaving a penniless widow and eight children. My grandfather had to quit school at 10 to help his brother, a peddler, scrape up pennies by selling newspapers in brothels. To learn he read encyclopedias.

When he grew up his stores failed one after another. At 37, broke, he headed for New York, where he helped run a bakery chain. After the war he started frying doughnuts in one of his shops, but the fumes bothered the moviegoers next door. Deciding to solve his problem by making a machine, he explained the idea to an engineer he met on a train.

They built 11 unsuccessful machines, but the 12th, in 1921, worked. My grandfather put it in the window of his bakery and became the doughnut king overnight. He multiplied the cake with the hole, part of the New World he had come to, until just about everyone had coffee and doughnuts for breakfast. Later he put a machine in a bakery on Times Square, stopping traffic.

He made mix for his machines - the first fully prepared American mix - in a factory in Ellicott City, Md. By World War II machines made doughnuts for soldiers at the front. Later his Donut Corporation of America - the simplified spelling has become widespread -made doughnuts as far away as Tokyo.

In the first grade I wore a pin in the form of a tiny yellow cup full of steaming brown plastic coffee with a doughnut poised above, all of which identified me as a member of the National Dunking Association. The actress Mae Murray popularized the dunking fad at Lindy's when she accidentally dropped her doughnut into her coffee. Doughnuts were so popular that dunking became the thing to do and a debate raged over its propriety; Emily Post said it was not proper, then changed her mind.

When I was a child we always had boxes of doughnuts from the Mayflower coffee shops my grandfather had started. The doughnuts wore icing costumes as pink as ballet tutus, as green as leprechauns, and they were delicious.

On the box was a quaint insignia of two men in medieval jester's outfits, back to back, looking out at the doughnuts they held, one fat, the other thin. Old-style print between them said, ''As you ramble on through life, brother,/ Whatever be your goal,/ Keep your eye upon the doughnut,/ And not upon the hole.'' This poem, found in an old book, was my grandfather's philosophy.

My husband finds my heritage irresistible. On our wedding trip we had to stop at the plant in Maryland to see the gyrations of outsize mixing bowls and to have a fresh doughnut.

My father is keeping his eye on the doughnut, his latest a jelly version with a hole - ''jelly with every bite'' - but he follows a fad diet that requires breakfasts of raw oats. While others in the family have other dietary predilections, my children respect their origins. ''Why don't we get more doughnuts?'' they ask. My first baby set the pattern: with his first doughnut squeezed into both fists, he crammed it into his mouth as fast as possible.

Every year all of us, in T-shirts with the doughnut-hole motto, set up shop at the school fair. We always sell out."

"In the mid-19th century, heavy canvas or linen feedsacks (sometimes spelled as “feed sacks”) replaced many barrels and tins for the storage and transport of flour, animal feed, and other bulk goods. The invention of the lockstitch sewing machine, patented by Elias Howe in 1846, made these bags practical for repeated use—the farmer’s name was often stamped on his bag so it could be filled back up. By the late 1800s, textile mills were producing strong, inexpensive cotton, which quickly usurped canvas as the preferred material for feedsacks.

Farmer’s wives took advantage of this new source of essentially free fabric by turning the empty cotton sacks into everything from dishrags to dresses. Some feed companies, alerted to this reuse of their bags, began to print their sacks in gaily colored patterns—since it usually took more than one bag to make a dress, the idea was to give the farmer an incentive to keep buying their products.

Nor were all feedsacks created equal. Those designed to hold sugar, flour, and salt, for example, had the tightest weave. At the other end of the spectrum was a fabric called osnaberg, which had a low thread count and was used primarily to bag animal feed.

At the outset of World War II, there were dozens of U.S. textile mills producing feedsack material, from Bemis Brothers in Minneapolis, Minnesota, to Percy Kent of Buffalo, New York. Particularly collectible are feedsacks with prints depicting Disney characters or scenes from “Gone with the Wind,” as well as sacks that had patterns on them to help a busy homemaker turn them into an apron or doll."

In fact, by 1942, an estimated three-million Americans wore at least one article of clothing made out of a feedsack, but by the end of the decade, cloths bags gave way to less-expensive paper

Please find some more Antique and Vintage French Porcelain , home decor and more in my shop :

We are pleased to accept Credit Cards and Paypal payments.
We ship the goods usually within 24 hours after receiving payment confirmation, on opened business days.

First Class Mail Free Shipping. Sorry no shipping to European Union. Order will be canceled and refunded. Please check available shipping destinations .
We ship the goods usually within 24 hours after receiving payment confirmation, on opened business days.
Time delivery is average 1 week to the US.
NB: returned not reclaimed parcel will be happily reshipped upon request at your cost, free shipping won't be applied a second time on the same parcel.

But please contact me if you have any problems with your order.

No Cancellation, No return, No refund policy.
NB: returned not reclaimed parcel will be happily reshipped upon request at your cost, free shipping won't be applied a second time on the same parcel.

SophieLadyDeParis recognizes the importance of protecting your personal information. We respect your privacy.
We are following Etsy rules and privacy policy.
Please check following link : https://www.etsy.com/legal/privacy
We do not collect any private information besides Etsy.
We do not sell your private information to no one.
Only repeat buyers subscribing to SophieLadyDeParis's club are receiving once or twice per month an informative promotional newsletter through their email.
This newsletter includes an unsubscribe link available any time with no condition.
If you would like to modify any information concerning your privacy please do contact Etsy.

0 items in your cart